From here you have the option of opening them in Final Cut Pro or showing them in the Finder.

A little hand icon indicates that the library is currently in use. That's where the magic starts... 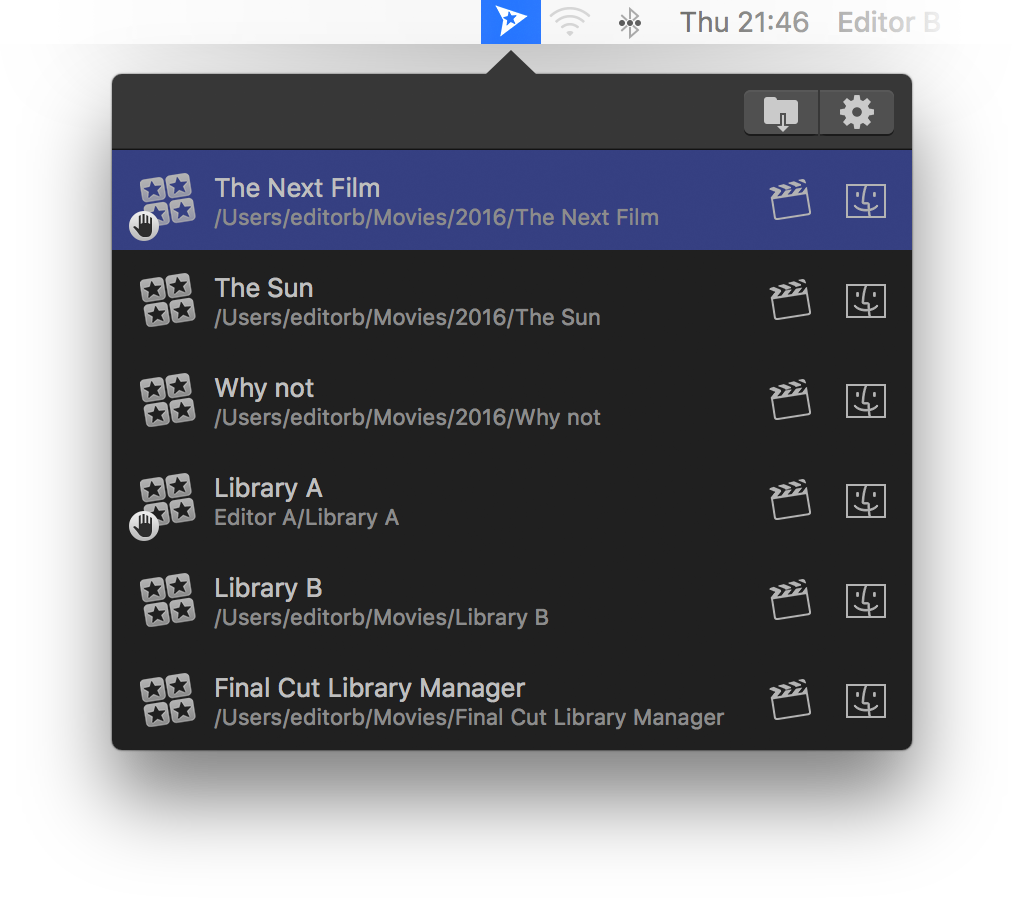 It's normally impossible to open a library that's currently being worked on by one of your colleagues. Impossible therefore to copy out any elements you need without disturbing them.

Final Cut Library Opener allows you to easily create an ephemeral copy of a library, allowing to you grab anything you need without disturbing anyone. 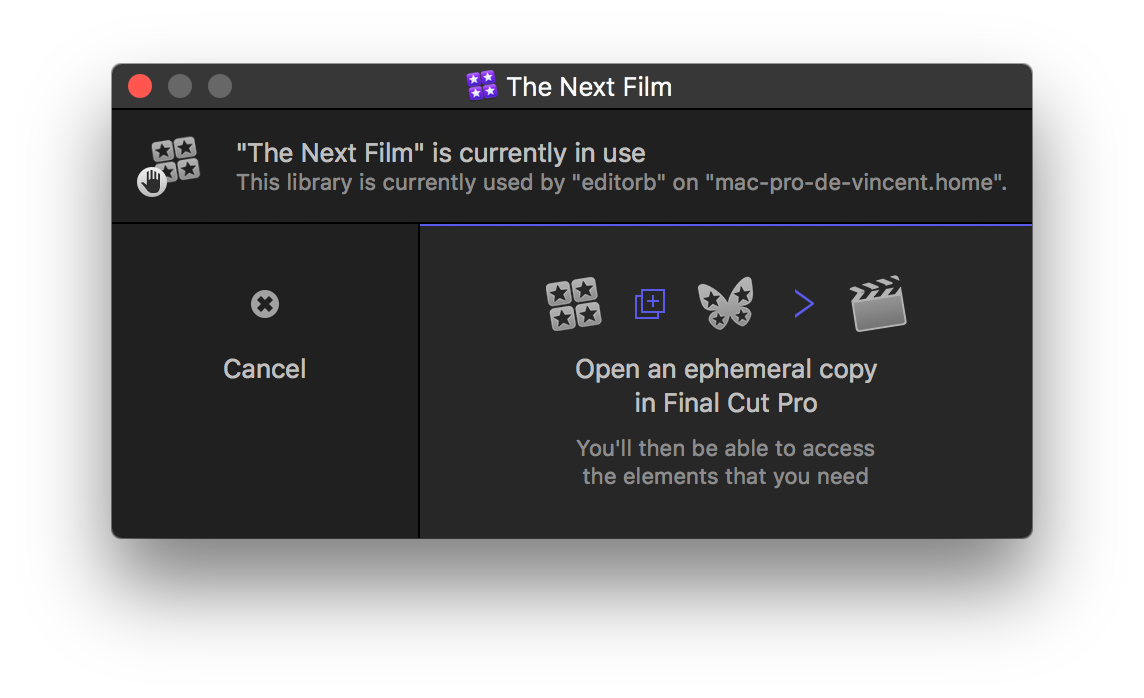 More than a simple copy

As well using an icon that clearly indicates that a library is an ephemeral copy, Final Cut Library Opener also ensures that the external cache of the original library isn't used.

Finally, once you close the copy, it's deleted automatically.
Simple as that. 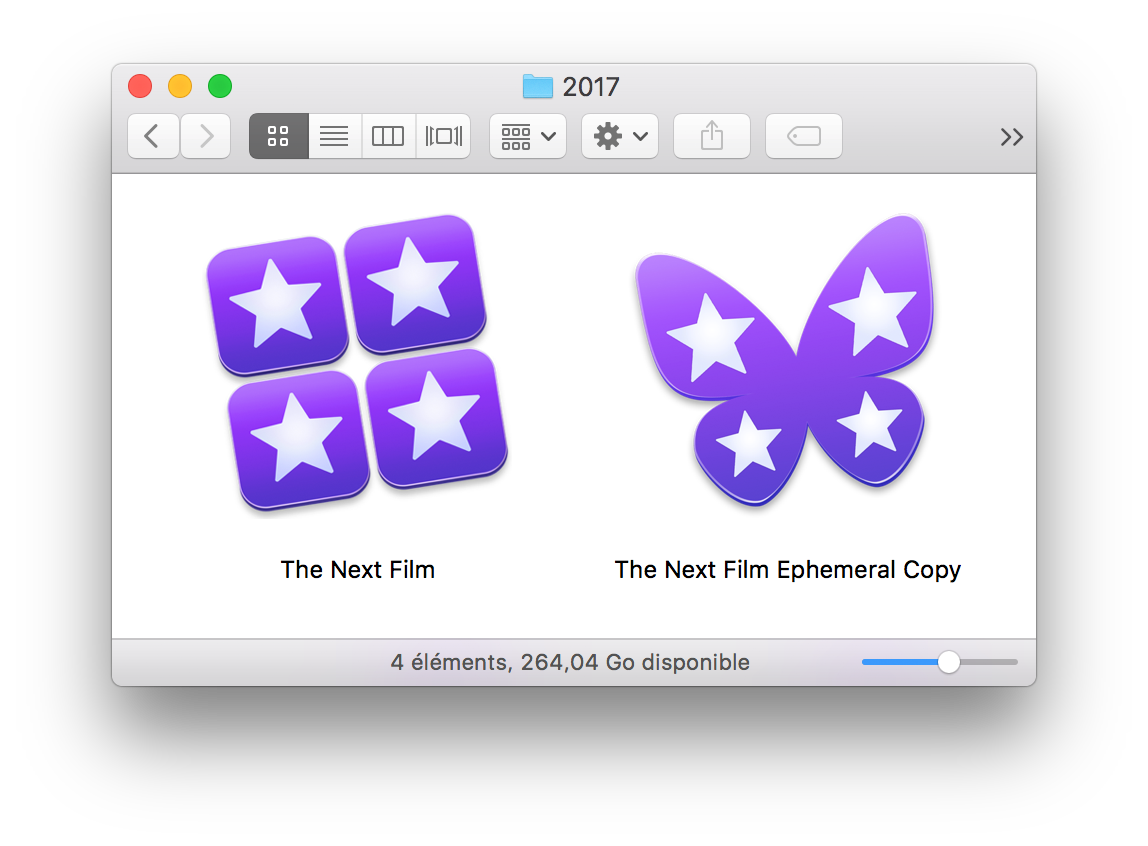 Smart, even from the Finder

By default Final Cut Library Opener checks the availablity of your libraries before sending them to Final Cut Pro, so even opening them from the Finder now opens the door to a collaborative workflow. 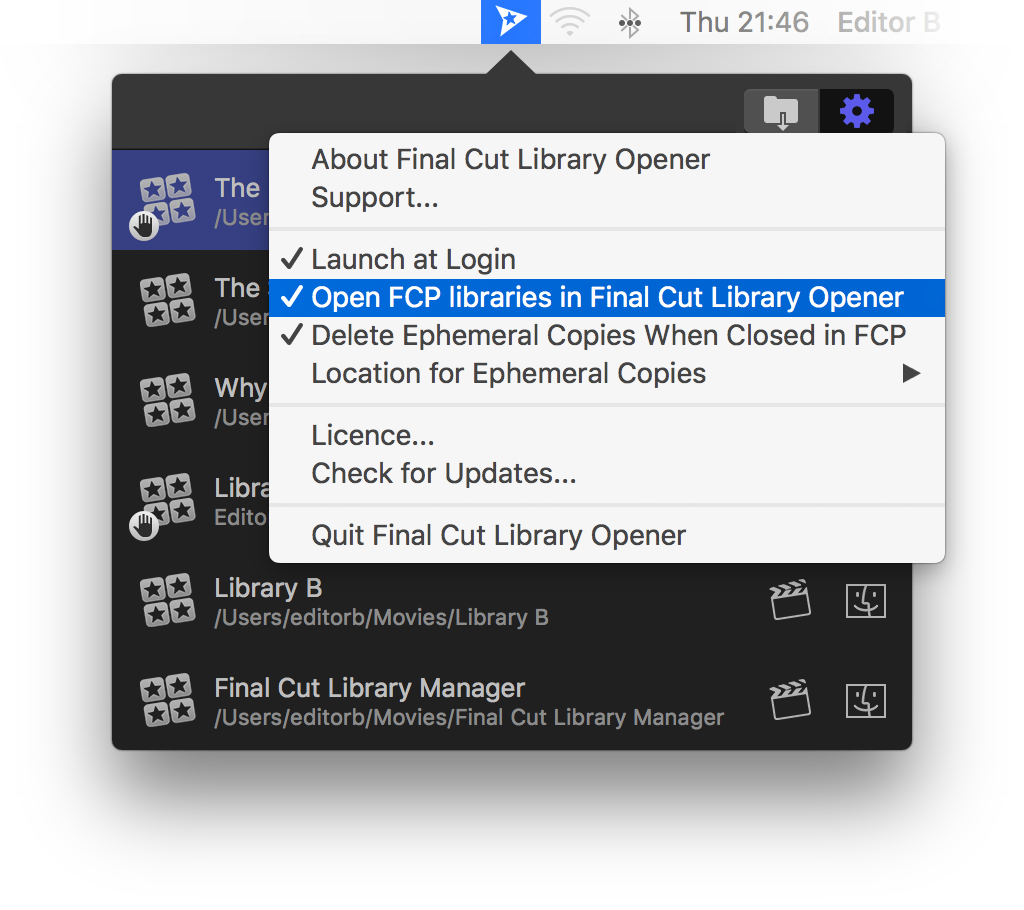 Here's a short video which presents a workflow based on Final Cut Library Opener.

This collaborative approach was suggested by Mike Matzdorff. Mike offers an explanation of the workflow based on Final Cut Library Opener in this video.